A tough one at the WEC Bahrain season finale, with an eye to 2023

The final round of the 2022 FIA World Endurance Championship season concluded last night with the 8 Hours of Bahrain, and it proved to be a frustrating race for the Inter Europol Competition squad, with the team retiring from the eight-hour event in the final laps.

After a long 2022 campaign, that has seen its fair share of highs and lows, the #34 squad of Esteban Gutiérrez, Alex Brundle and Kuba Śmiechowski’ headed to the Kingdom of Bahrain more than keen to end the campaign on a high note.

After four hours of practice, and then a difficult qualifying session in which Alex was frustrated with 12th position and a lack of front-end grip with the Oreca, Saturday’s race started well with Kuba at the wheel.

The Polish racer completed the first stint having gained a position and handed over to Alex for the first of his two double-stints. This soon became tenth position once Esteban was at the wheel for his first of five runs, as he duly worked his way up to eighth position.

The Mexican racer proved quick out of the box, recording the team’s quickest race lap on the 125th tour, whilst also defending his position from behind. Seventh, sixth or fifth seemed to be a realistic finishing prospect at this mid-race point.

Alex was soon back out for his second double-stint, but while rapid on the fresh Goodyear tyres, the #34 Oreca was about to go a lap down to the race leader. This proved to be the undoing of the race, with the #31 WRT entry of Rene Rast diving to pass Alex on lap 165.

The move was never on, with Rast hitting the right-hand side of Alex’s Oreca and spinning him around, losing both drivers 30-seconds in the process. It was frustrating to have the contact, but worse was shortly to come with Alex being blamed for the incident and handed a one-minute stop-go penalty.

The decision from the Stewards made little sense to the team, but Alex duly handed over to Esteban for the second time for the final three stints to the end of the race, with the additional stop and hold. This dropped the #34 firmly to the tail of the LMP2 field, a position that could not be recovered. Ultimately, the team were forced to retire the car with a powertrain issue.

Today, Sunday, the team pack up and prepare for the winter testing programme and there are plenty of positives for the growing Polish squad to look forward to not just in the winter programme, but beyond, and into the 2023 season. 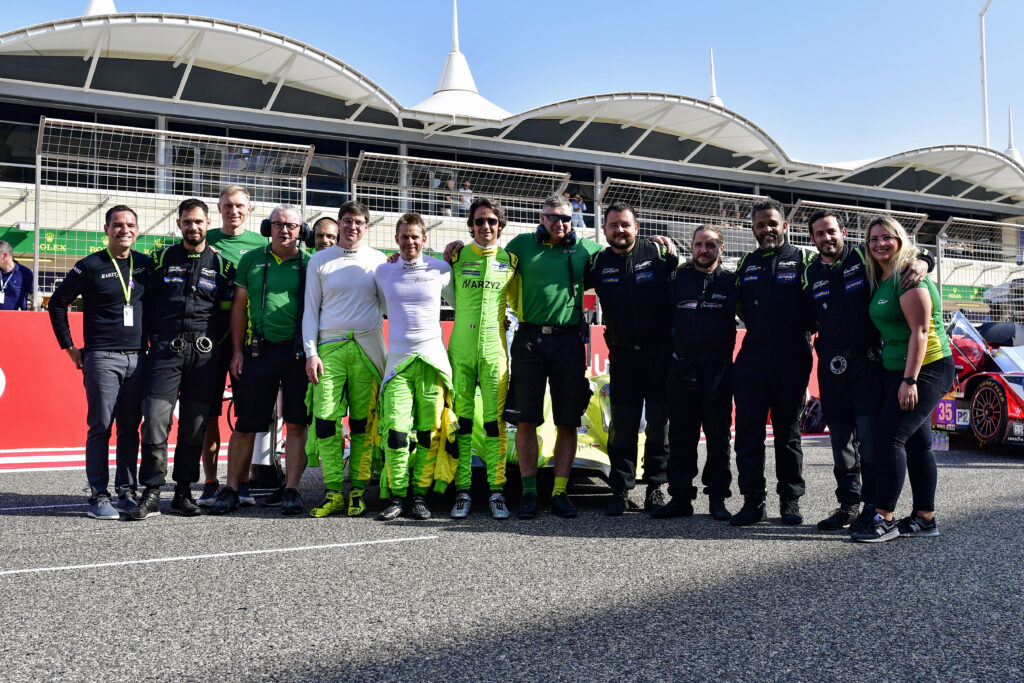